The Lisbon box. Arrival of The Lisbon box on Tuesday. Pedro phoning, after DHL had delivered the box with Lisbon treasures, as he couldn't trace any tool to open it.
Three days to make it, A Shipping that apparently took several weeks and no one home when DHL rang the frontdoor, which happened on Friday last week, early that day. First night Pedro would stay at Yola's place. Later on he moved to an appartment near Gent Sint-Pieters.
He got a bit nervous, I guess, because the box wasn't there, the Lisbon box. On Monday then we drove to BRUThaus to pick up a welding machine, a blue WELCOturbo 190, later to Metal Gent, once called Metal Union, a factory next to a large plane of railway tracks. Here we bought some iron sticks after, well, let's call it a funny or rather a remarkable parlez vous français between (a) someone who hadn't fully conceived the plan which sticks and how many he wanted, and (b) someone who never before had dealt with that sort of lunatic trouble. 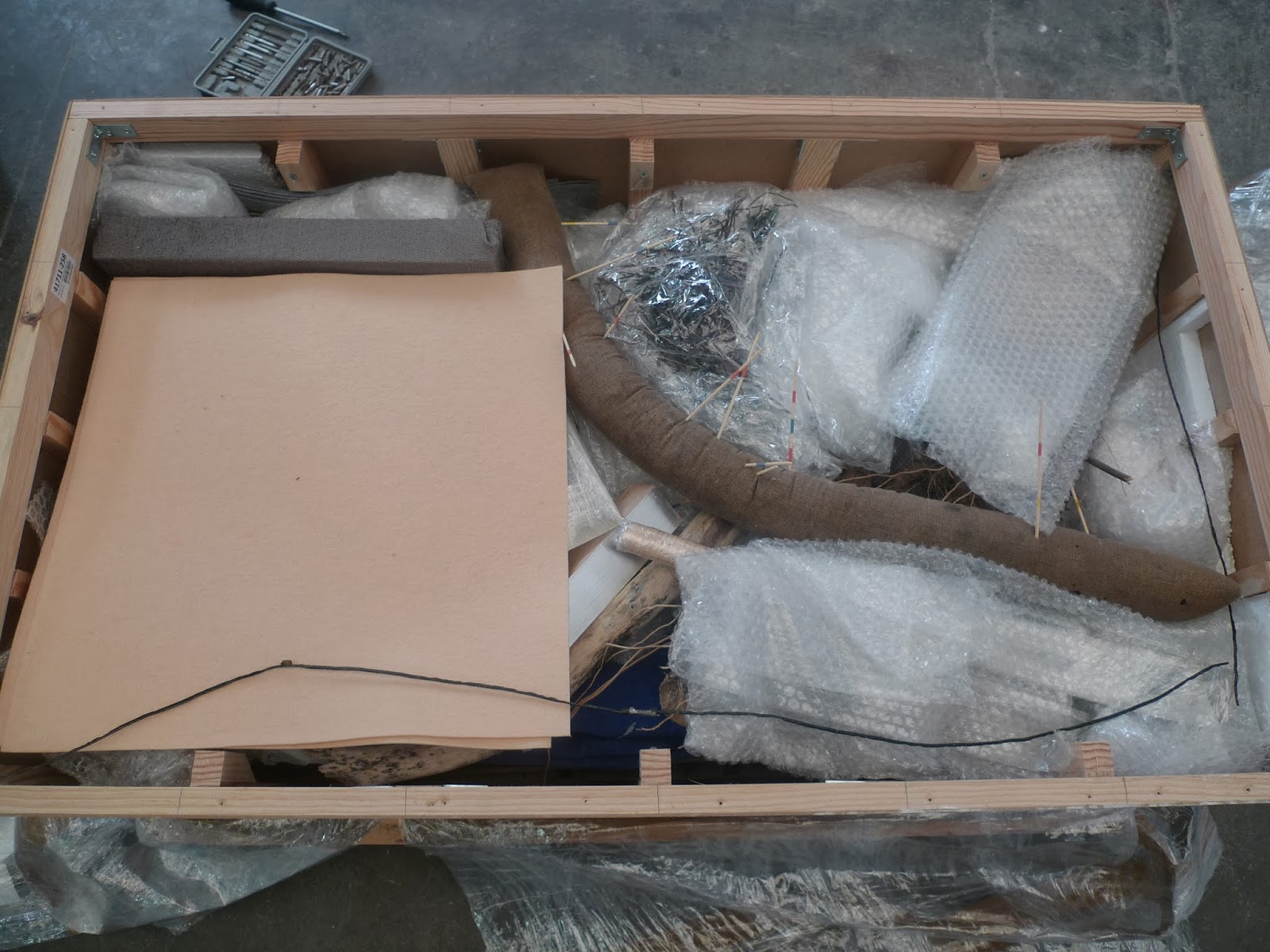 Then, finally, on Tuesday, The Lisbon box, gracefully there, and slowly the ritual begins. The box contains many things, which Pedro picks one by one from the well-made crate, quite often looking at them as if he can't remember why he so eagerly wanted to have it here, more often though looking at each of the treasures with the lustfull wit of a collector of exotic rarities, each of them quite valuable indeed and box-endemic: not to be found anywhere else. 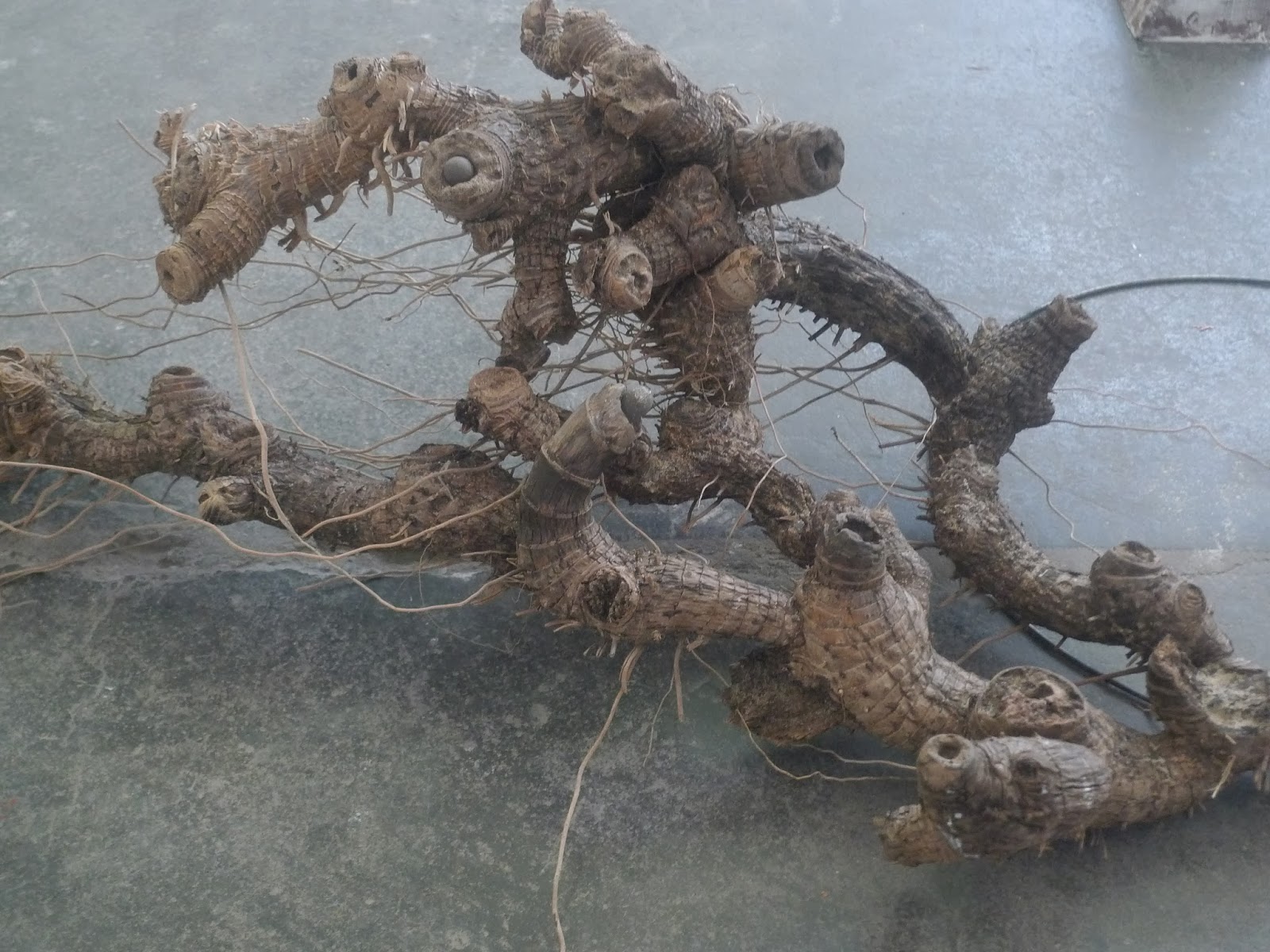 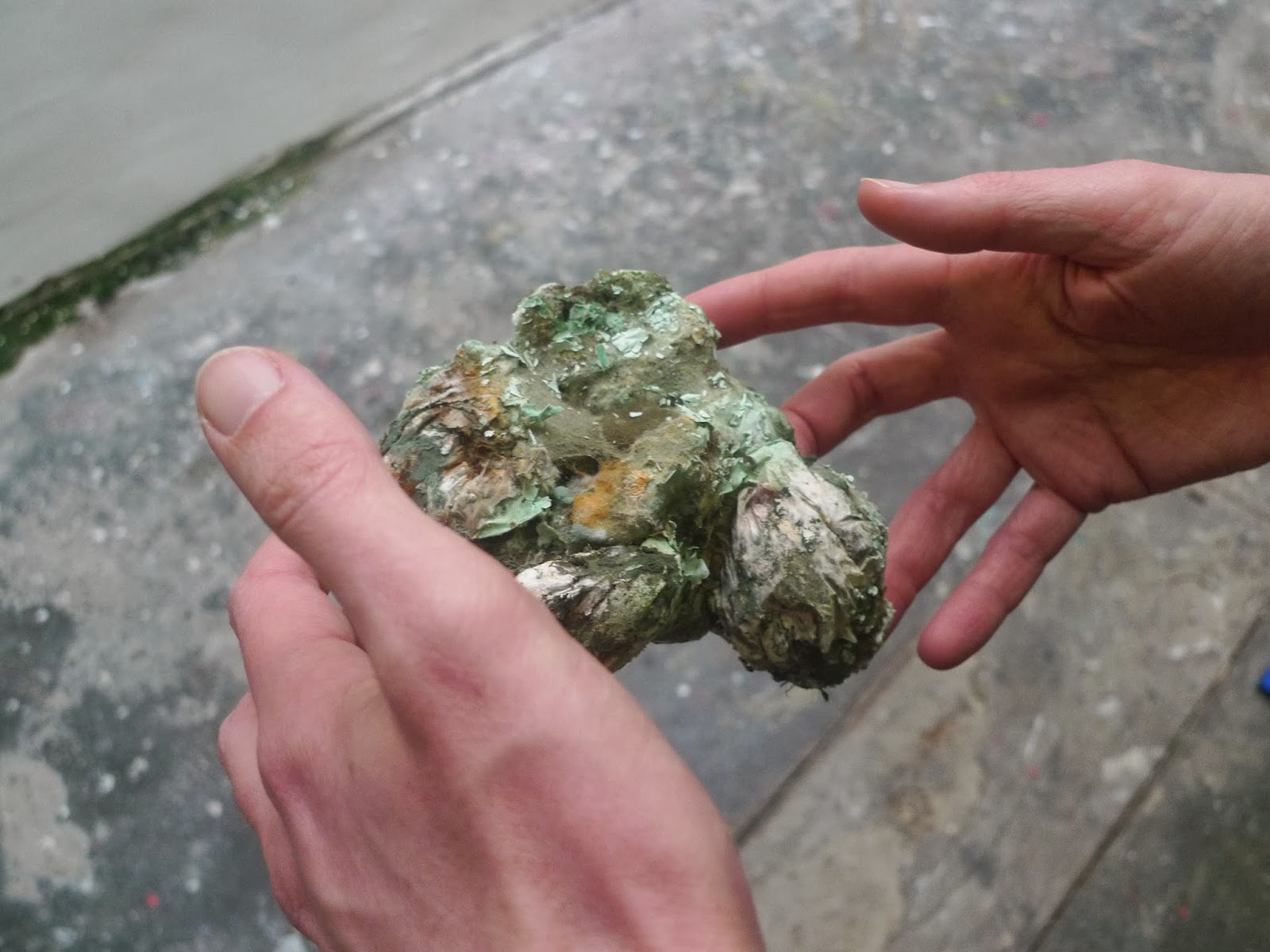 Seven... no, eight... Wait. See photo below. Maybe more. And what it is? Let me tell you within a moment, Pedro said. Then he says: These are oranges filled with cement.
Een pyramidale, snavelachtige... Takken, schelpen. Twee sinaasappelhelften. Plastic spaghetti bought in Lisbon in a place called Fernandez, a kilo for two euros.
Then a Japanese saw. Very good for precise work. Balanced gravity.
Then, too, rather precious and dangerous too, a poisoned piece of. A piece of what? Gifgroene schimmel. 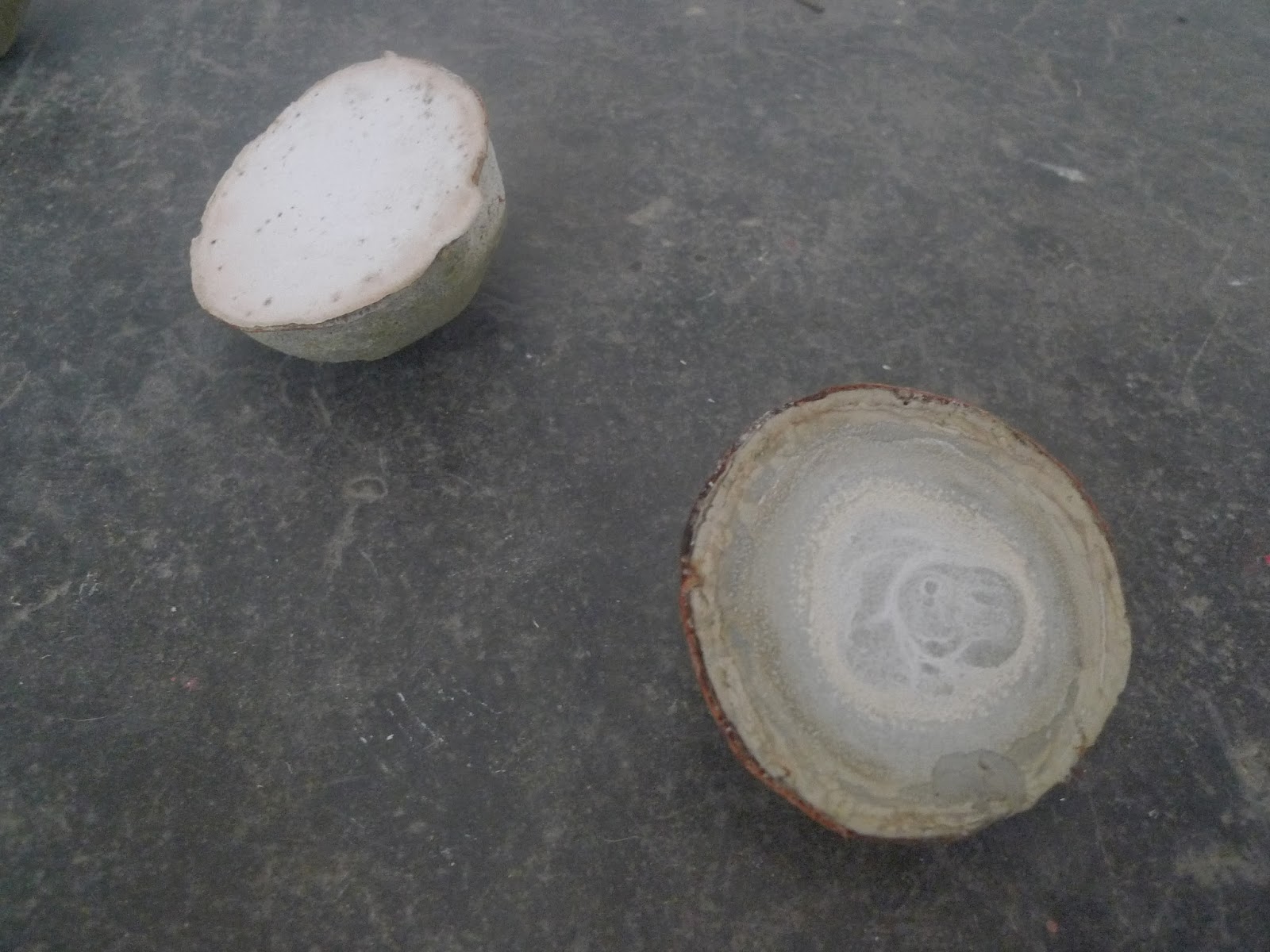 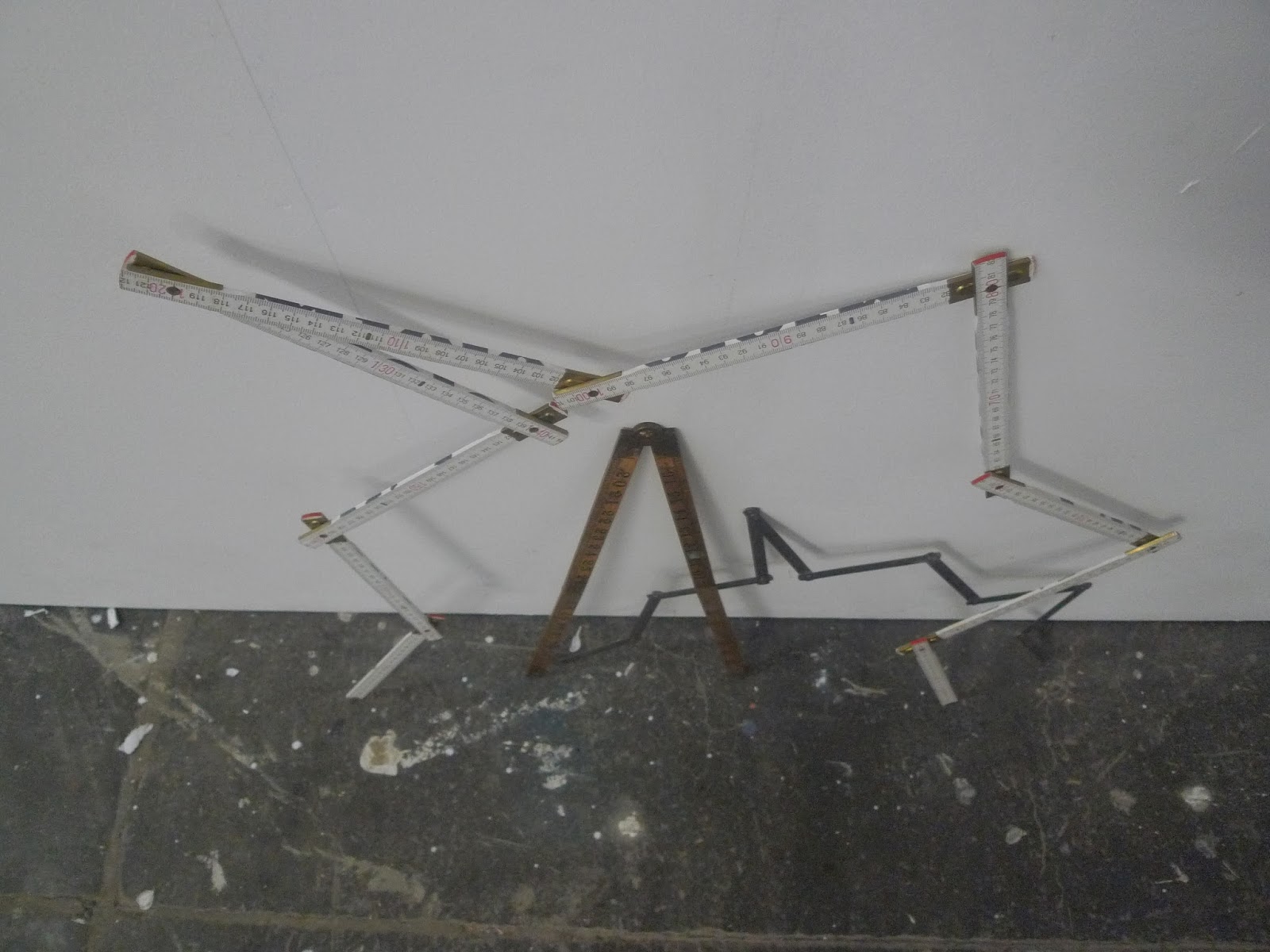 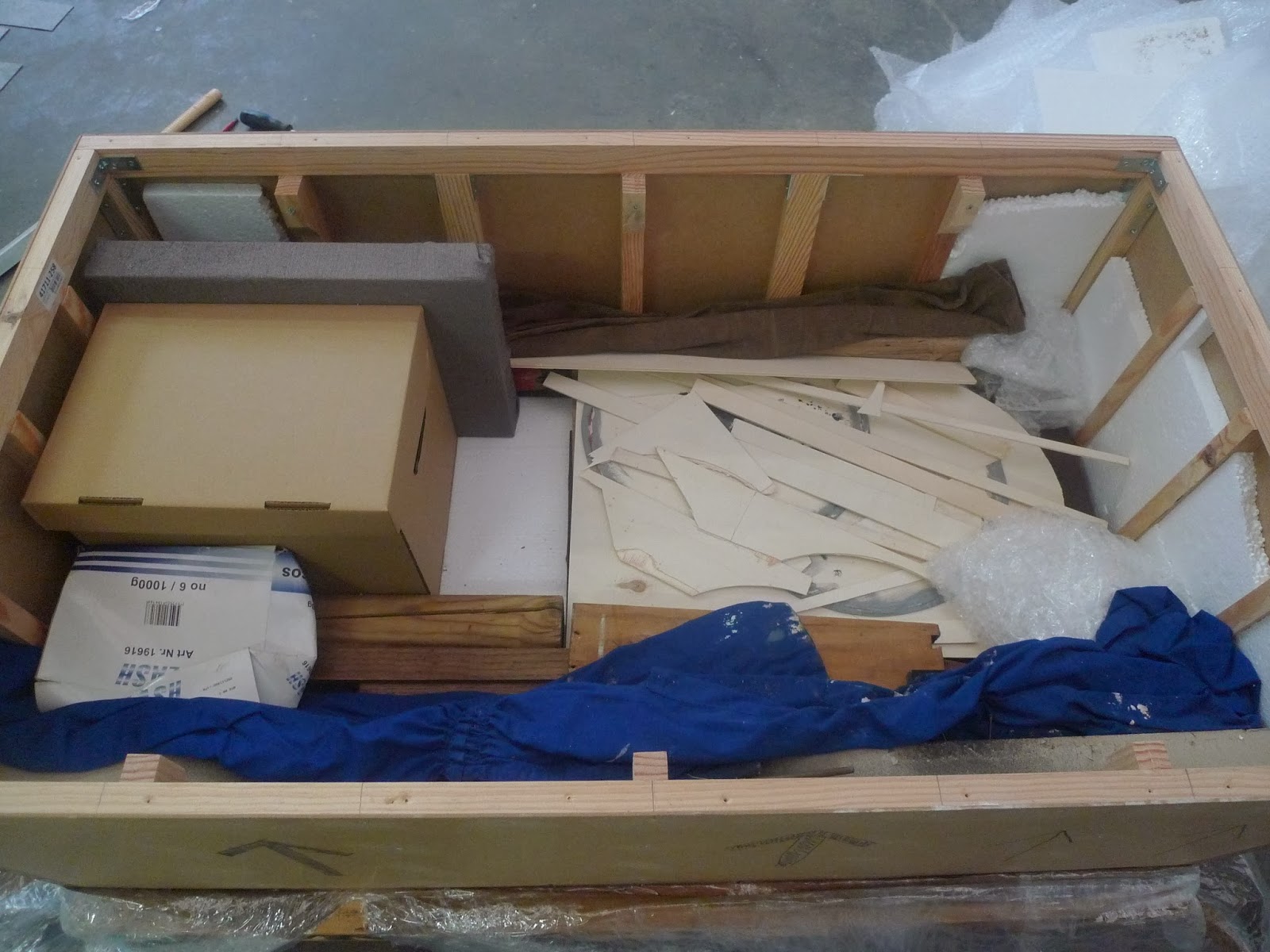 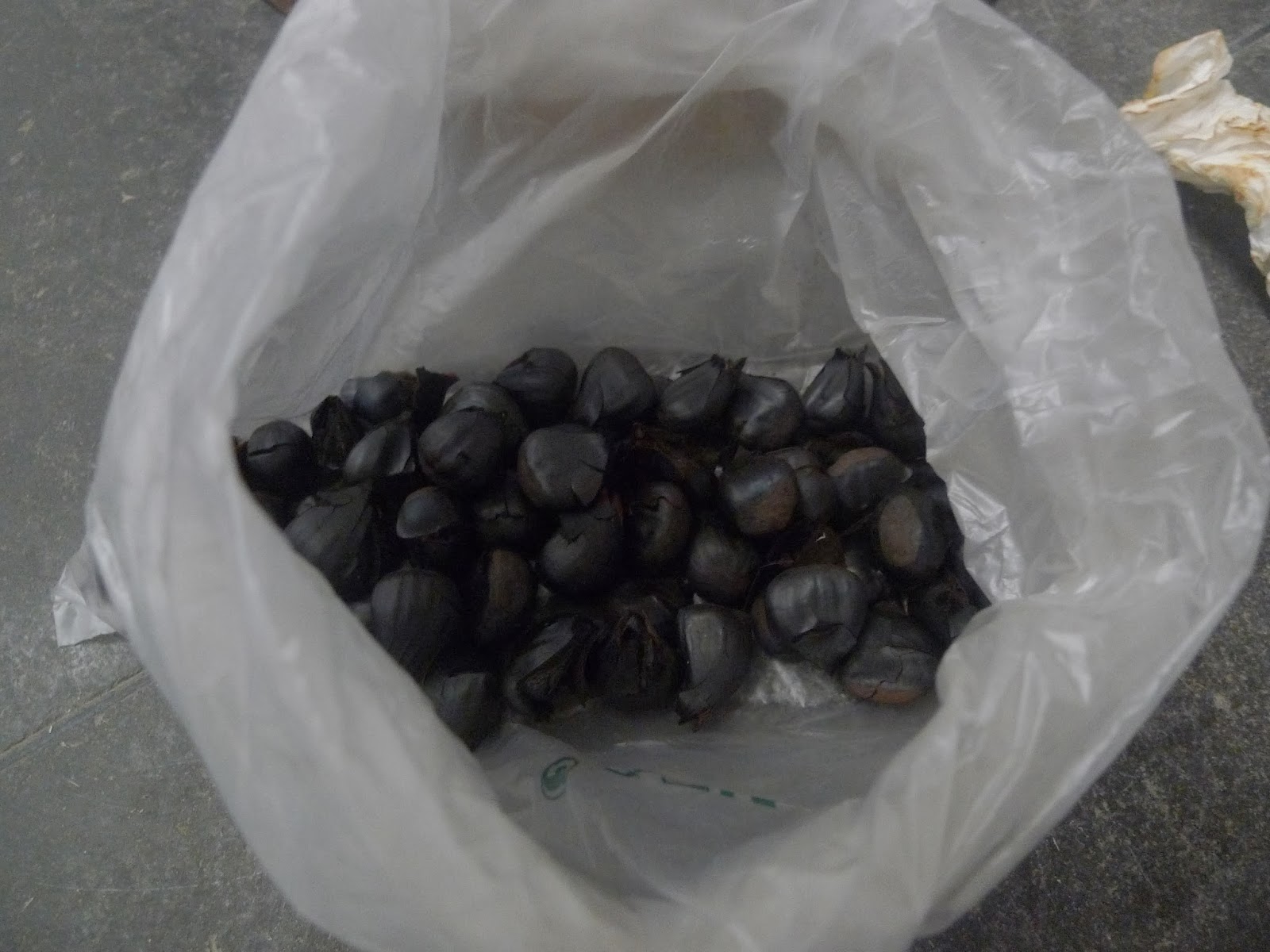 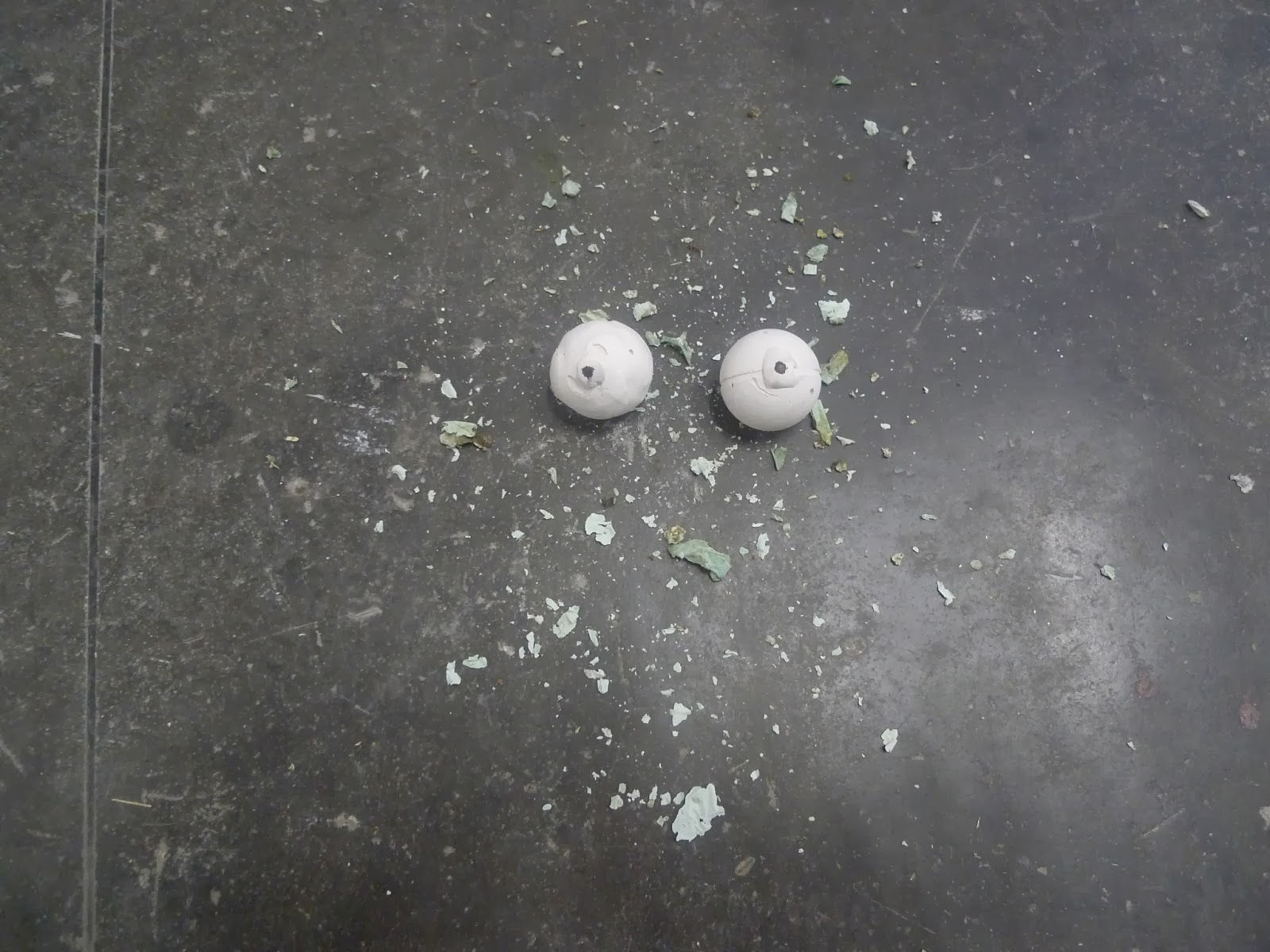 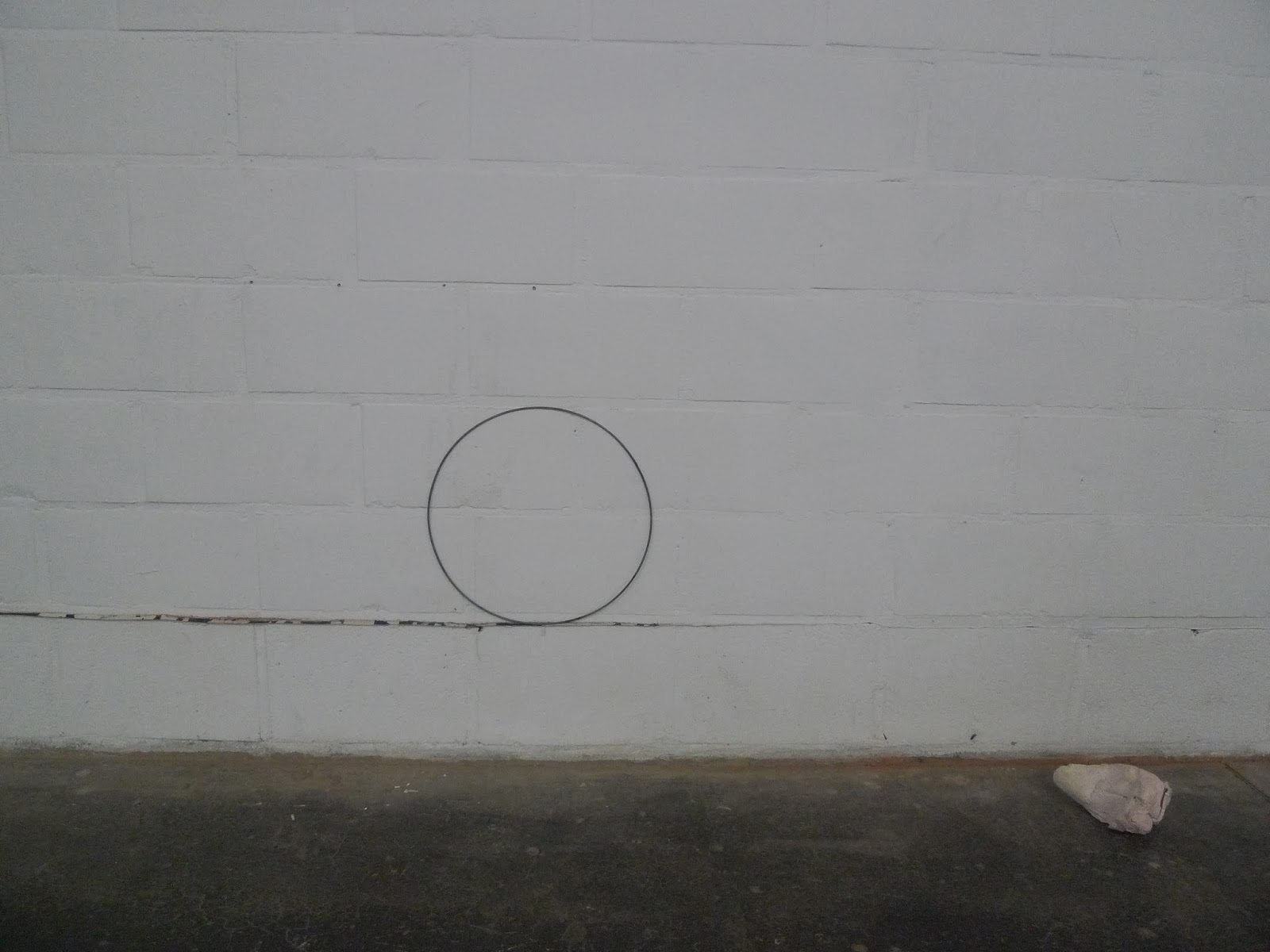 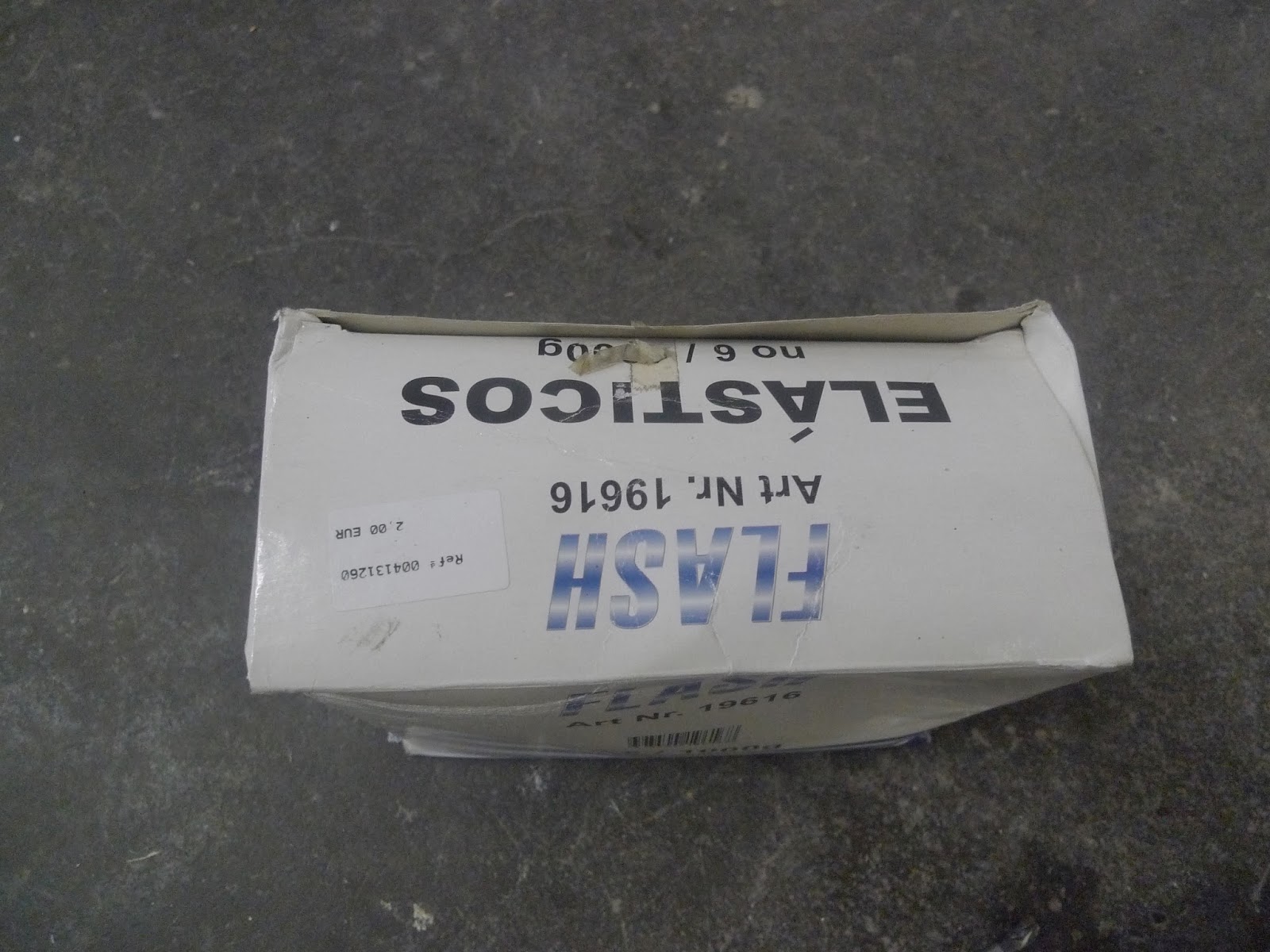 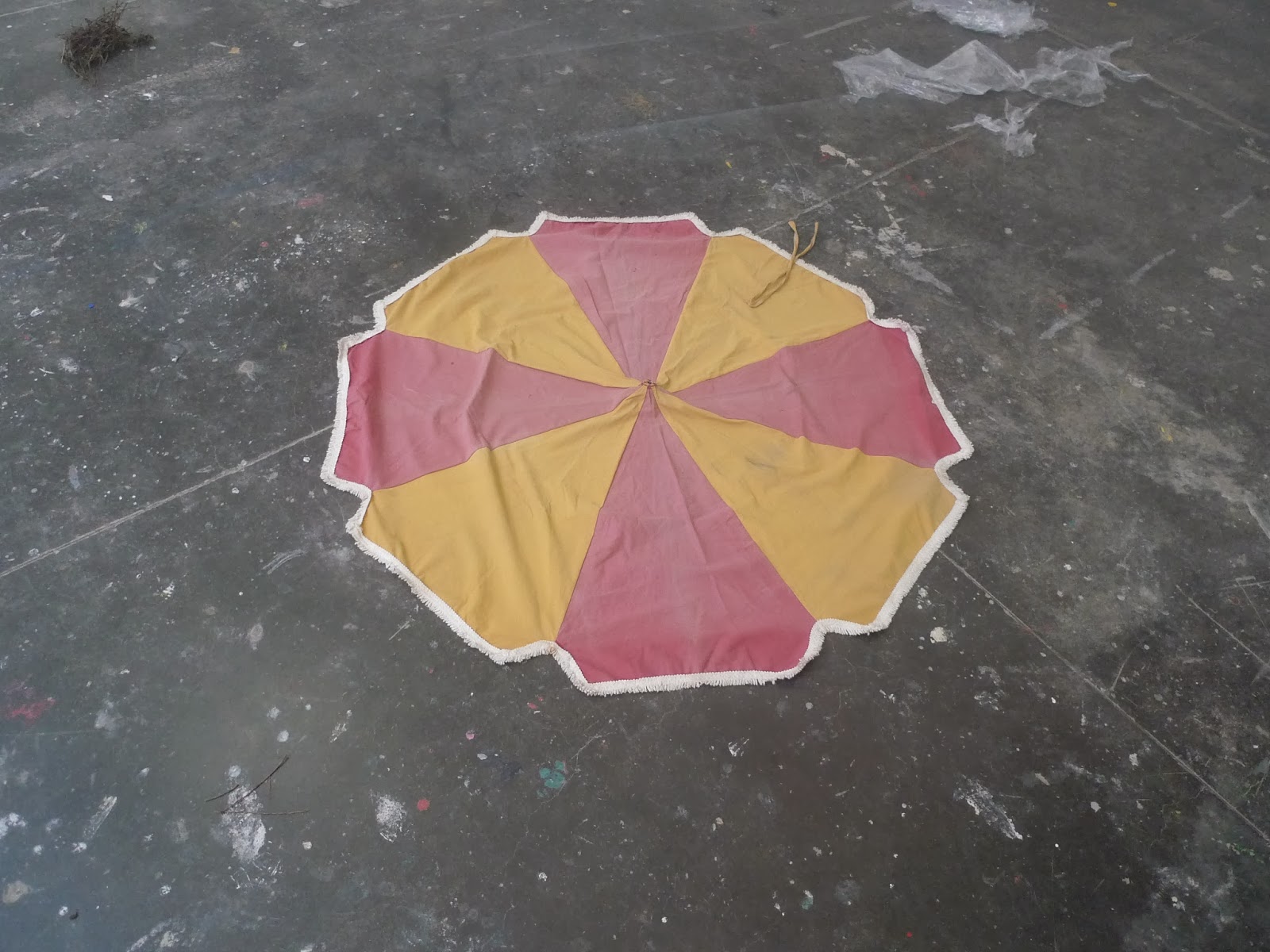