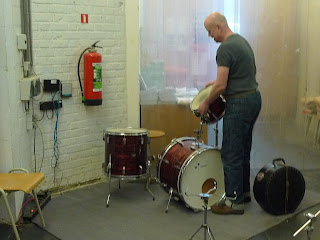 up: After a discussion on the acoustics Dave Ayleward settles in the hall. The drum is a Sonor Swinger owned by Merlyn Paridaen.
down: Ted takes care of the mic. This image is a couple of minutes before the soundcheck. All the material is that of YellowTape. 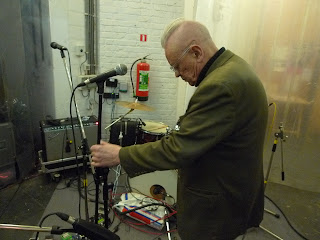 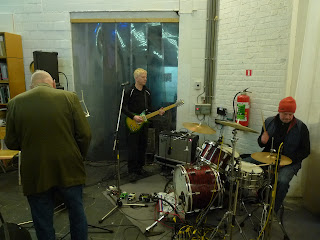 up: Blurt got back from the Turkish bakery and finally gets to the soundcheck.
down: A short and rather exciting intro: Ted reads some lines from the Ted Milton Songbook. 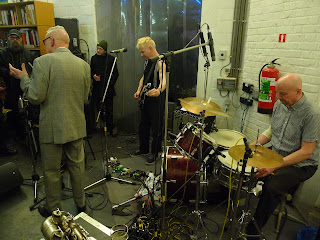 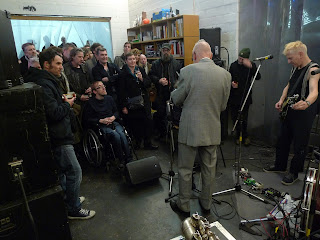 up: Carnivorous Ted addresses the audience. Laughter, excitement. From the very start of the set some of the folks get dancing. Eagles has a stunning guitar, I think.
down: The set roars on. 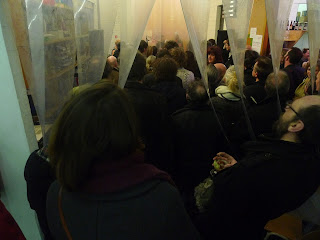 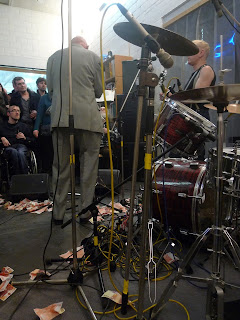 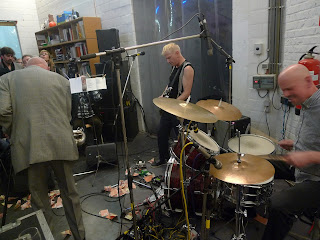 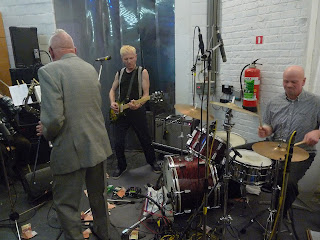 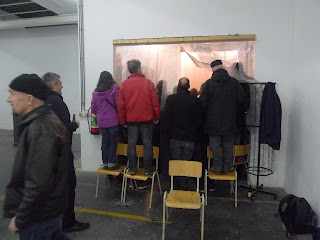 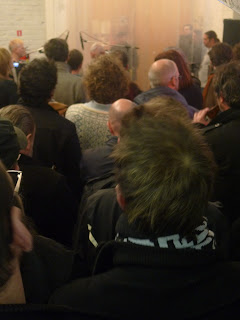