the story of Leon

Me and Mally were seated at the desk. I asked her what she knew on Leon. The cat, she said. Yeah, the cat, I said. Mally kept to the thing she had been doing. The cat, she said. You were drunk, I said. I was drunk she says. Stonedrunk, I ask. I defenitily had a little bit of drunk, she says. Leon was nothing else but a mini kitten. The colour, I ask. His colour? She sews, starts thinking. Tabby bengale sandy dots, she says. Tabby what, I ask. Tabby bengale sandy dots, she says. Like a marble cake, she says.
I write it in the small and dark notebook, marble cake. 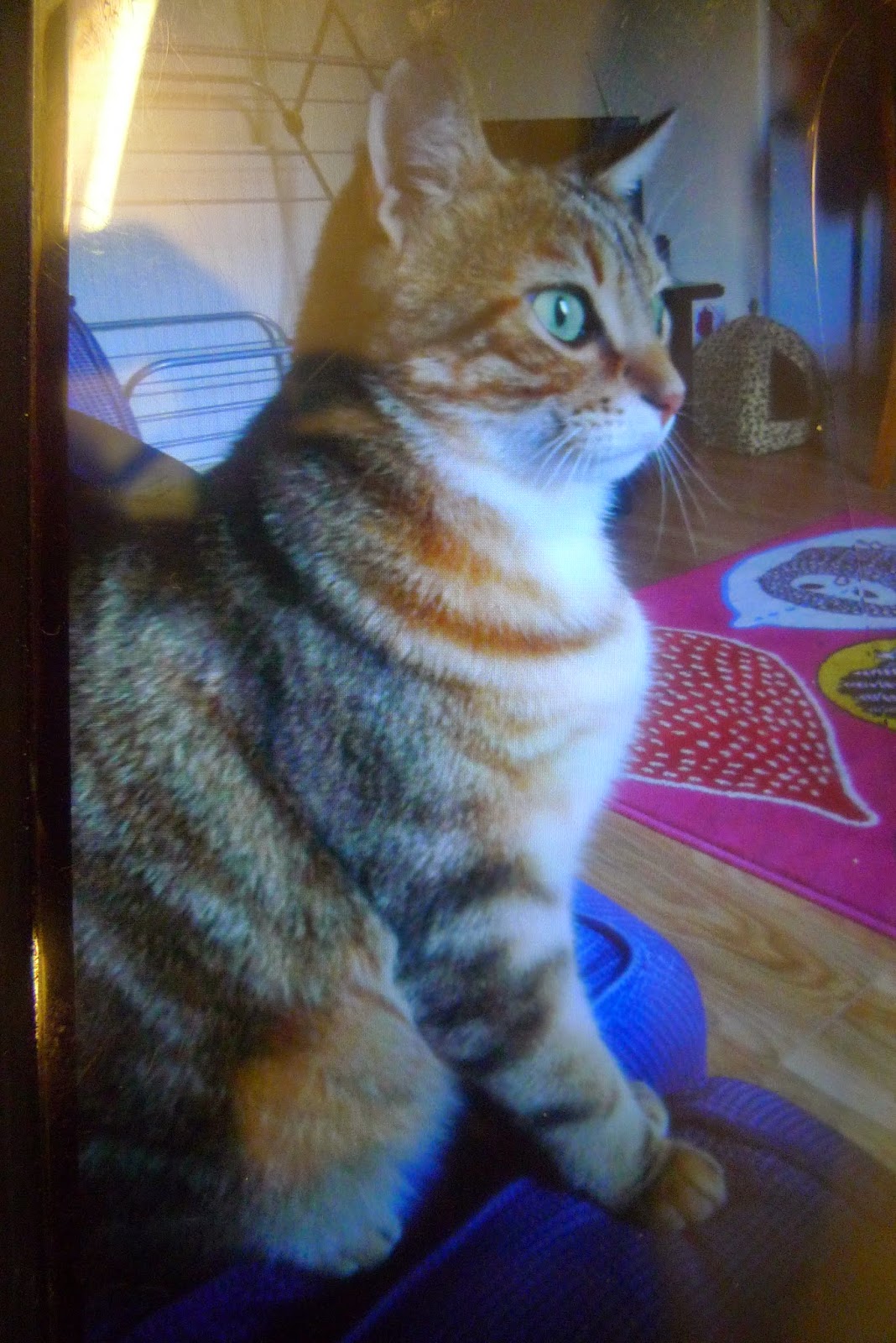 Leon slipped in the camper, marble-caked, the gag cat, Mally and her boyfriend where doing grapes near L, somewhere in Beaujolais she says. She can't remember. Sometimes I do remember, she says, and then I forget again. She can't remember. But you met Leon, I say. He came into the camper, she says. Somewhere in Beaujolais, she says. It rained. And then you and Leon, I say, the day you and Leon met, in the van. My van, Mally says, my red van, my Volkswagen. The red thing, I ask. No, she says. Boyfriend, I ask. Yes, she says. She had a Volkswagen and a boyfriend.
At the border, she says, it took no time to put Leon in a winebox. In a what, I ask. In a winebox, she says. He loved it, she says. It used to have bottles inside, she says. It didn't have bottles inside, it had Leon inside, she says.
Gepost door Laura van op dinsdag, januari 13, 2015