The Pursuit #2 A Clear View 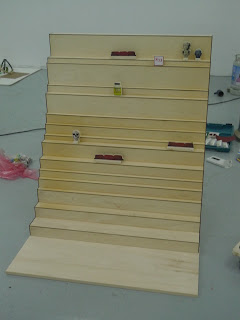 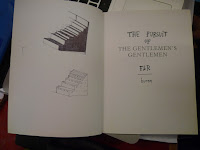 by Brian and Noe in 2007, and published as crox-book °9 in 2008, getting it fresh from the printing firm the very day that Noe and Brian arrived at croxhapox, is an enigmatic tale, which not in the least is what one could have expected after both had introduced it during a short intervention in Spring 2007. They started rehearsing the piece during winter 2007 with New York actors Jeff Harms, Katie Fitzgerald, Eura Chun, Vanessa Valladares, Yumiko Takagi and Noah Wadden, sidewise focusing on two of the main characters, a potted palm and the chandelier, which, if actors wouldn't have cared to take their lines, may have been a hell of a problem to get it work on stage. Both the potted palm and the chandelier came in as filmed characters. They get very active during ACT II, the Opening Night of a Small Town Musical, and a clue line of their coexistence may be found on page 31, as the potted palm adresses the chandelier, hanging high on the ceiling, with following words: I have always felt tenderness towards you,/ But you've never been a good mentor/ Never illuminated anything for me/ That I could not find underground.// Underground? the chandelier wonders, What is underground? Is that where you predict they'll be sniffing these days?// It was Melissa actually who pointed those lines, a couple of weeks ago, after she and Oshin and Frank and Robbert had done some work on reading the text aloud, at least two times, and many more times after. ( ) 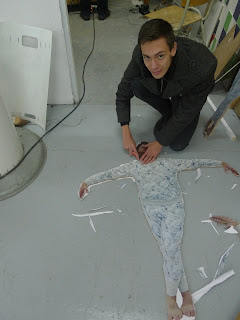 Arne busies himself with the chandelier. 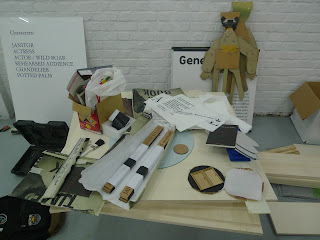 It is uncommon to have a clear view on what is going on in the backspace.
[Basically there's far too much going on.]
It would take a genius to get it down to one single phrase. This is going on! or That is going on! or Look at This! Look at That! Look over there! Look over here! All of this is going on. All of it? All! All! All of it! Frank would busy himself with the figures. Melissa and Robbert sit in front of a Final Cut Pro with Oshin doing the page 31 lines cited above. Then Oshin would enter with one or other prop and whistle. You see, Look at This! Look! Look! Look at it! How beautiful.
top stage and sub stage 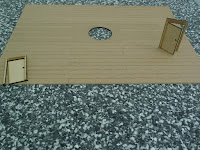 the puppets or paper actors appear on page 16
beneath: the 2008 specimen made by Noe and Brian, rescued
from the litter bin by Robbert and Frank 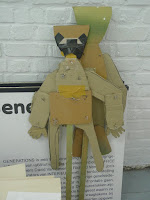 Talking about both the chandelier and the potted palm - and before getting to some of the other characters, ignoring for the time being a more substantial, instigative search for the play and the plot it may have, a plot which doesn't seem to come from the oniric characters producing delightful and likewise just as often obscure lines, but, as buren and F&R & R&F pointed, from the structure of the play, having no clear beginning and no clear end - an intriguing similarity struck me, earlier today, as I heard Oshin 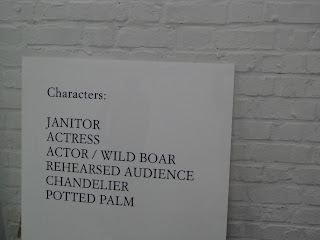 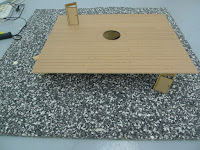 and Robbert discussing the miniature stage, intended I guess for the puppets to perform their boisterous okidoki pianissimoki. They discussed the entrance to both sub and top stage. Oshin wondered if the entrance to the sub stage territory couldn't be put upside down. They took this enticing possibility in consideration and even Robbert at first may have thought, yeah, right, why not, figuring out nevertheless if it made sense or not. Musing on this delicate, little riddle they tried it both ways, the top stage door as it was meant to be, the sub entrance upside down. Then it makes a mirror, I said. Then, I said, sub and top stage would make a reflection, mirroring each other, and because of that the stage thing as a whole would stop to have a top and a sub division. This made sense. We mused on it a little longer. Oshin said something on the meta-structure of the mirror-thing and added that it didn't need that meta-structure. The opponents potted palm and chandelier had a similar duality: the chandelier hanging upside down from the ceiling, not really illuminating that much if it came to the potted palm who found anything it needed underground. This subtle metaphoric construction includes the fact that both potted palm and chandelier belong to the inert atmosphere of a household territory, or as the chandelier would say it, referring to the child actress: as if its life depended on it from room to room searching for anything that might occupy her. These rooms were large and vacant, as terrible to behold as a library for a three year old. (TGG, p.24) ( ) 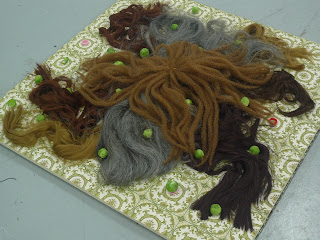 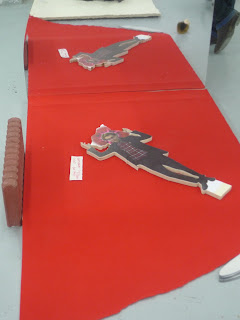 But let me introduce the actors first, before getting to anything else. It won't clear the mess I made of it, and it won't offer many guidelines, it actually may obscure the whole setting to such degree that even clairvoyance wouldn't make it any better.
The janitor, or housekeeper, makes his introduction at the very beginning of the play, which unfortunately, as may be noted at the zenith of page 9,

is its end as well. Frank, often a bit of a boisterous bloke, had this humble part. I am a trash man, he used to admit, as noted on page 10, I use a Philaaahpino broom, it's very wide. Play bills, dust, broke bottles, mice skeletons, jewelry, cigarettes, moss, rotten fruit, used toothpicks, pens, teeth, eye glasses, matches... What are you wearing tonight? Well, that too. For certain the most pleasant character in the
play his part however sticks to dull routine. He introduces, "Ladies and Gentlemen! The performance is about to begin, (page 9), he knows his way through the play, Right this way! (page 10), annotates the dramatic ups and downs with a gentlemen's gentlemen zest, Oh no there it goes! Actors tumbling down, Costumes undone, There's a breast and a thigh, Still screeching their lines! (page 18), he unveils the mystery of the theatre seats (page 21), in Greec drama he would have been the choir, in modern drama a colleague of the central scrutinizer in Joe's Garage. ( ) more coming soon 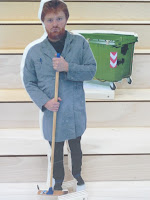 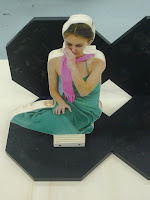 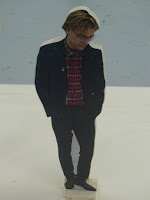 above: right in the middle of the scenery stands the janitor and his philaaahpino broom. he seems to be the only one who really knows what's going on. he knows the shadow to be a shadow, a corpse to be the corpse. his favoruite quote: my job is never finished.
to the left: the actress. in 2008 marianne vogt was staged as the prima donna. the sequel, which first of all should be seen as a visual reading of the play, has melissa mabesoone in the leading role. to the left: the actor. as dramatic personae they personify a state of innocence close to ignorant bourgeois boredom, indifferent for what's really going on. it has a sad and appalling smell of moral decay.
down: the wild boar near the entrance of a labyrintic construction made of black tiles. but things change. only some few days ago the labyrinth had a less puzzling, rectangular structure. this structure, meant to be a prison, had the actress inside, more or less as pictured on page 24: sits down, disappointed, depressed. twirls her thumbs, picks at her fingers. [see #4] 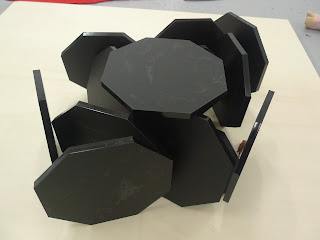 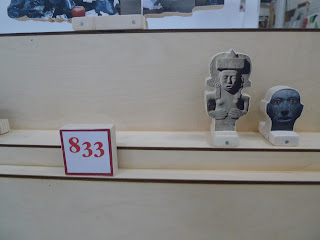 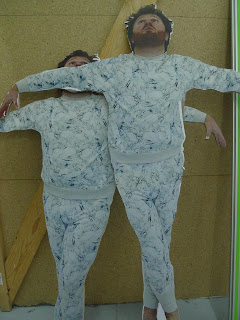 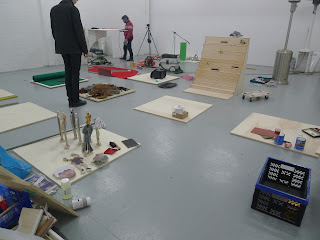 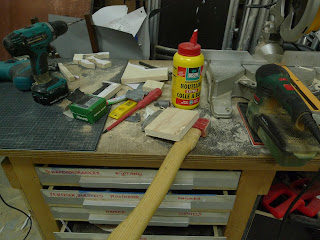