brainbox U7 some pictures 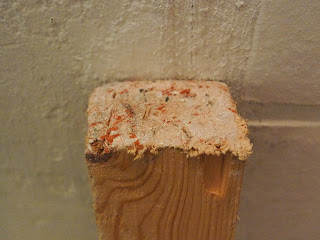 Fig. 2. Eric and Kristof busy themselves in the gopro-corner. The conceived image is both that of icebergs, from which obviously only a tiny little part can be seen, and white textiles draped over the remaining parts of the thing that once was a DAF.
As for the icebergs Eric points that all three of them (on this image only two can be seen) have a name. 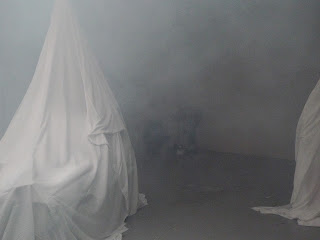 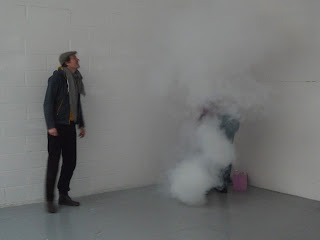 Fig. 4. The ram or battering ram, length: 78cm, and an axe. For some period of time the axe may have offered a suitable alternative. 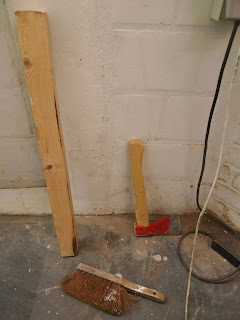 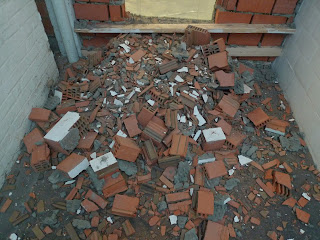 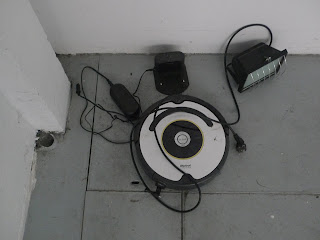 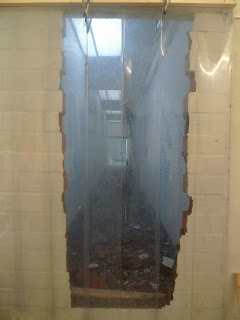 During a discourse on the many aspects of Brainbox Kristof mentions the fact that the project, as far as he experiences the thing, is based on artificial parameters. It hardly connects to his regular work, to name but one thing. One may say that the modifications of as good as any unit were reduced to nothing else but a statement. To his taste the project doesn't relevate fundamental work, only efemere issues and statements - or gestures - alongside a visible but hardly consistent track. For him it has no direct link to his regular practice.
Later Eric adds that it is gratuit, in some or other way, as Kristof said, and artificial, which he had said, but that he is willing to participate in a good artificial project. Artificial or not, he really wants to make The Project. Part of the machinerie is the feel, he adds, of having a kid and stepping inside the house when that kid reached the age of 16 without ever having met that kid before. But you're his father, that's for sure, and now you meet that 16 year old boy and you have to deal with that. Am I just a visitor? an archive of things I've been dealing with? destruction? That's an interesting question to deal with.
And then, of course, he adds, to stay within the picture: there's three fathers, Erwan, Kristof, me... I would of course have done something different if I was the only one to deal with it.
Gepost door Laura van op vrijdag, december 13, 2013