A flow of more than 30 untitled objects. 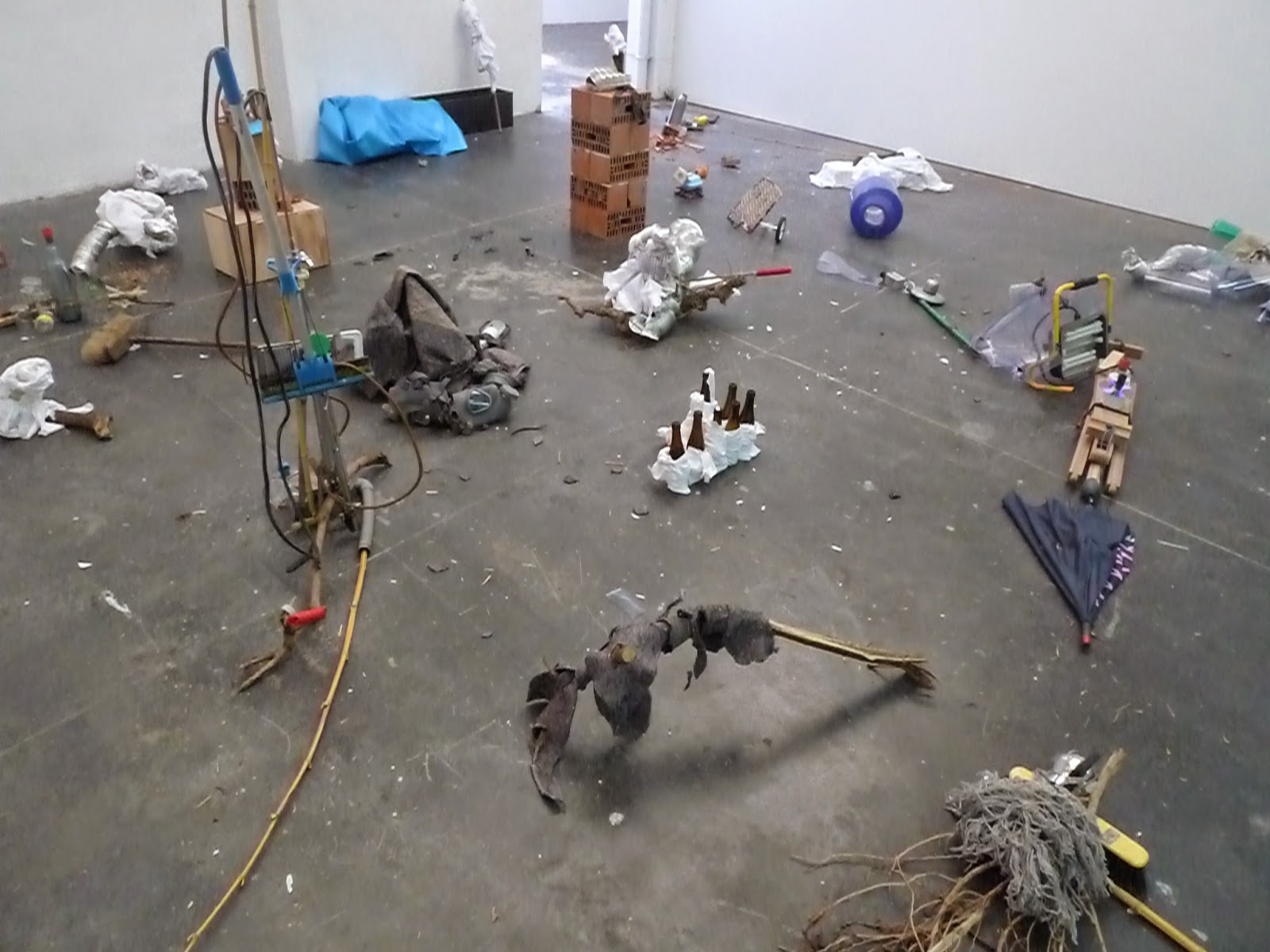 All of it by Dimitris Ameladiotis. Ameladiotis from Thessaloniki.
He found loads of material during walks from A (the untraceable beginning) to X (the untraceable somewhere).
I noticed him working on the Untitled object below on Thursday.
On Saturday he went to SMAK and visited the other museum as well. 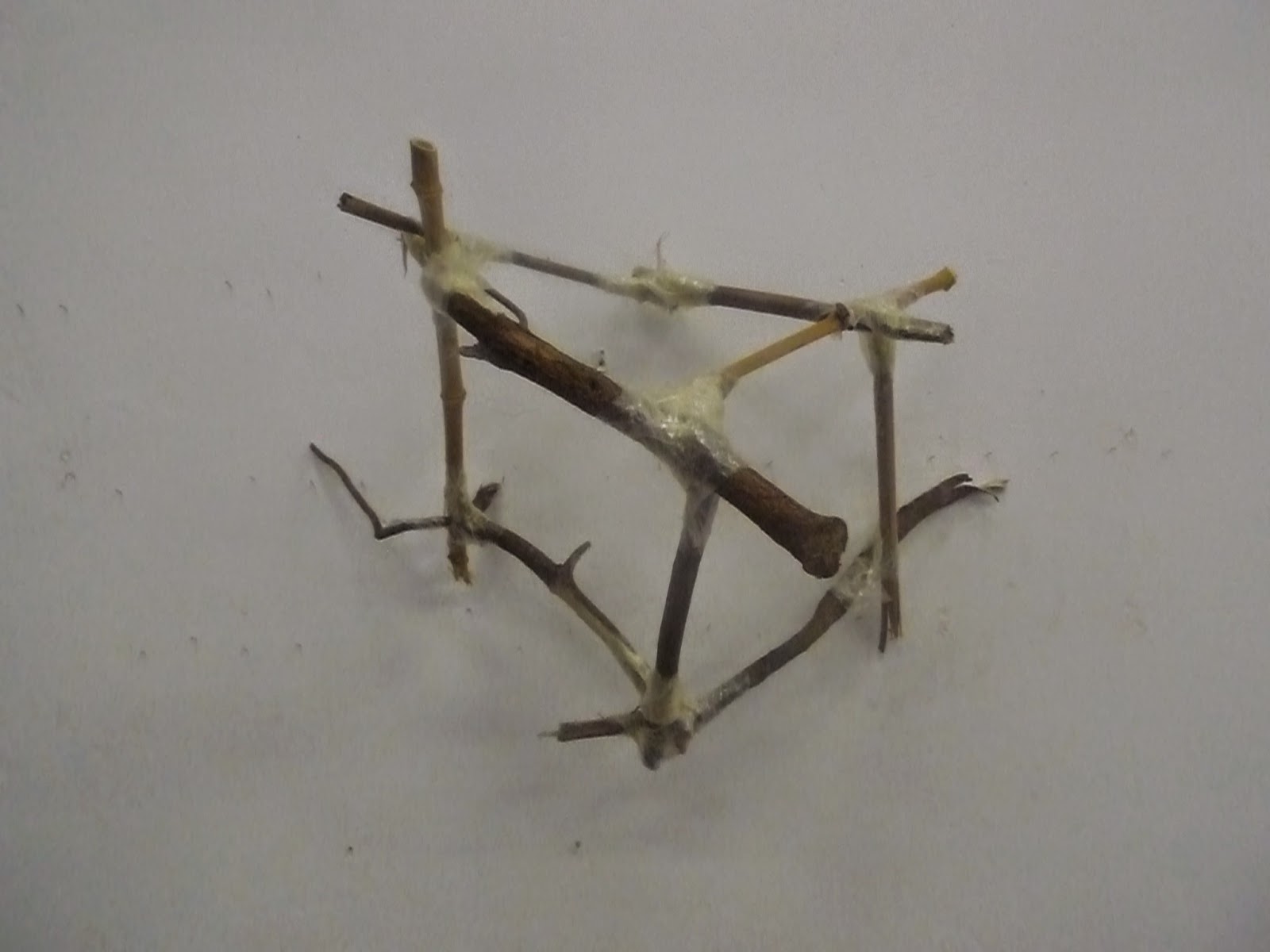 Asked where he studied - at Thessaloniki I presume - he first mentions Painting. At the Thessaloniki Art Academy indeed. Later he studied in London at the Chelsea Art Academy. During his study at the Thessaloniki Art Academy he had focused on Paint, not on Image, or, to say it in a slightly different way: the image came from the paint. He gradually extracted a three-dimensional attitude from this. Painting became less important, or, approaching these changes with a somehow different touch: the material modified. He met Yannick Franck in Izmir, later in Boston. With the experiment at croxhapox - which offers him a possibility to work outside the often narrowing policies of the Gallery System, at once freed too from any curative or theoretical angle - he focuses on philopsophy. As for him the in situ work has a philosophical dimension, as most of the other work he makes. It of course first of all is Wild and Free.
Which makes it different from the work of Jeroen Frateur. See below. Dimitris mentions the fact that he and Jeroen indeed both use the same sort of material (rubbish, junk, found specimen of waste) but create quite a different world. The work of Jeroen Frateur, to name but one thing, is craftmanslike, from his hands come equipments leasurly constructed as surprisingly elegant and suspicious instruments. The junk and waste assemblage is tuned to the need of contemporary classicism, a partition for an ensemble large as the work it takes. The work of Dimitris 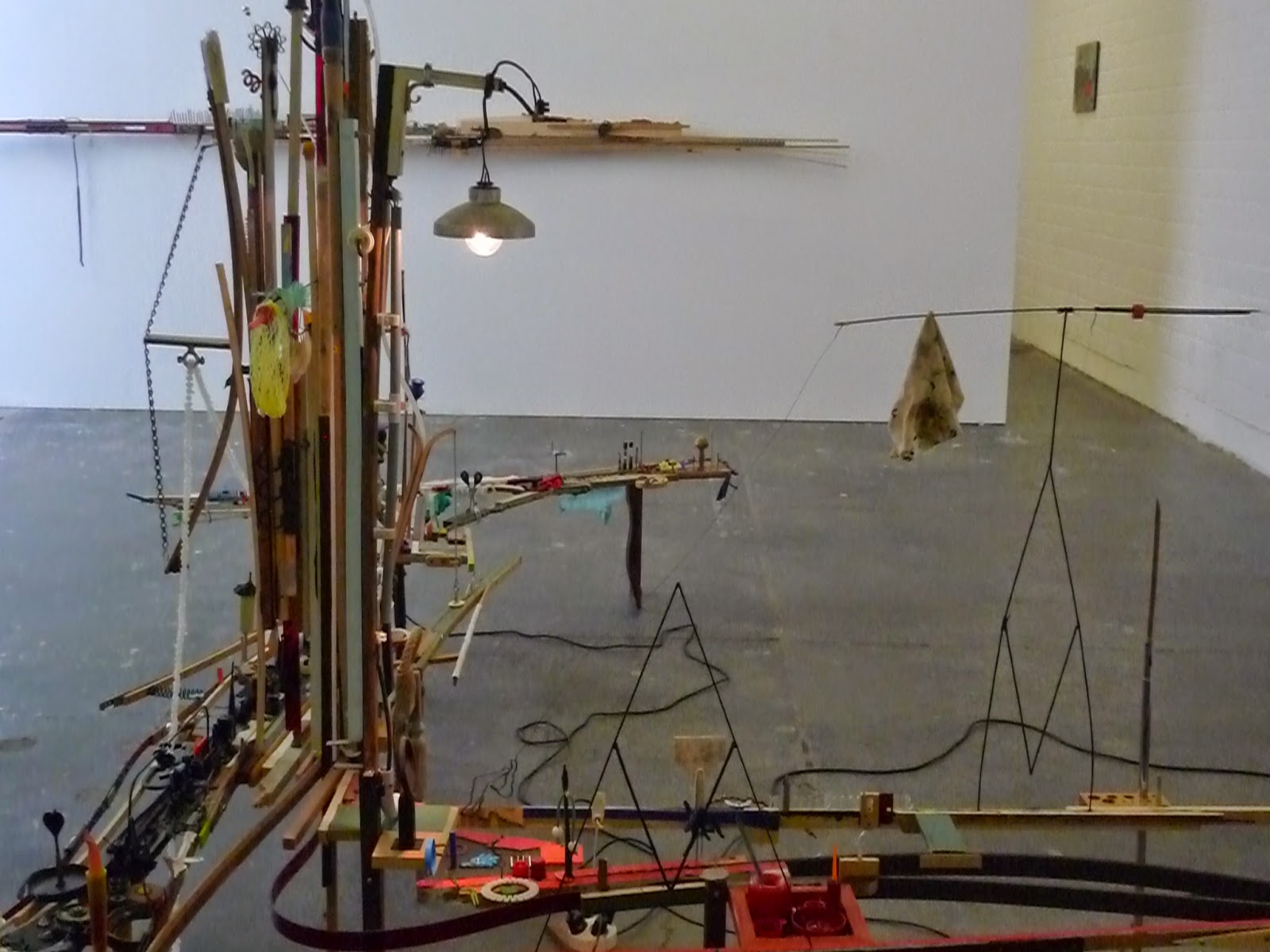 The work of Dimitris Ameladiotis more often is wild, just as explicit as a spasm, violent, it is freed from the need to be anything else.
Put next to each other it offers a close encounter of worlds being one, making two. 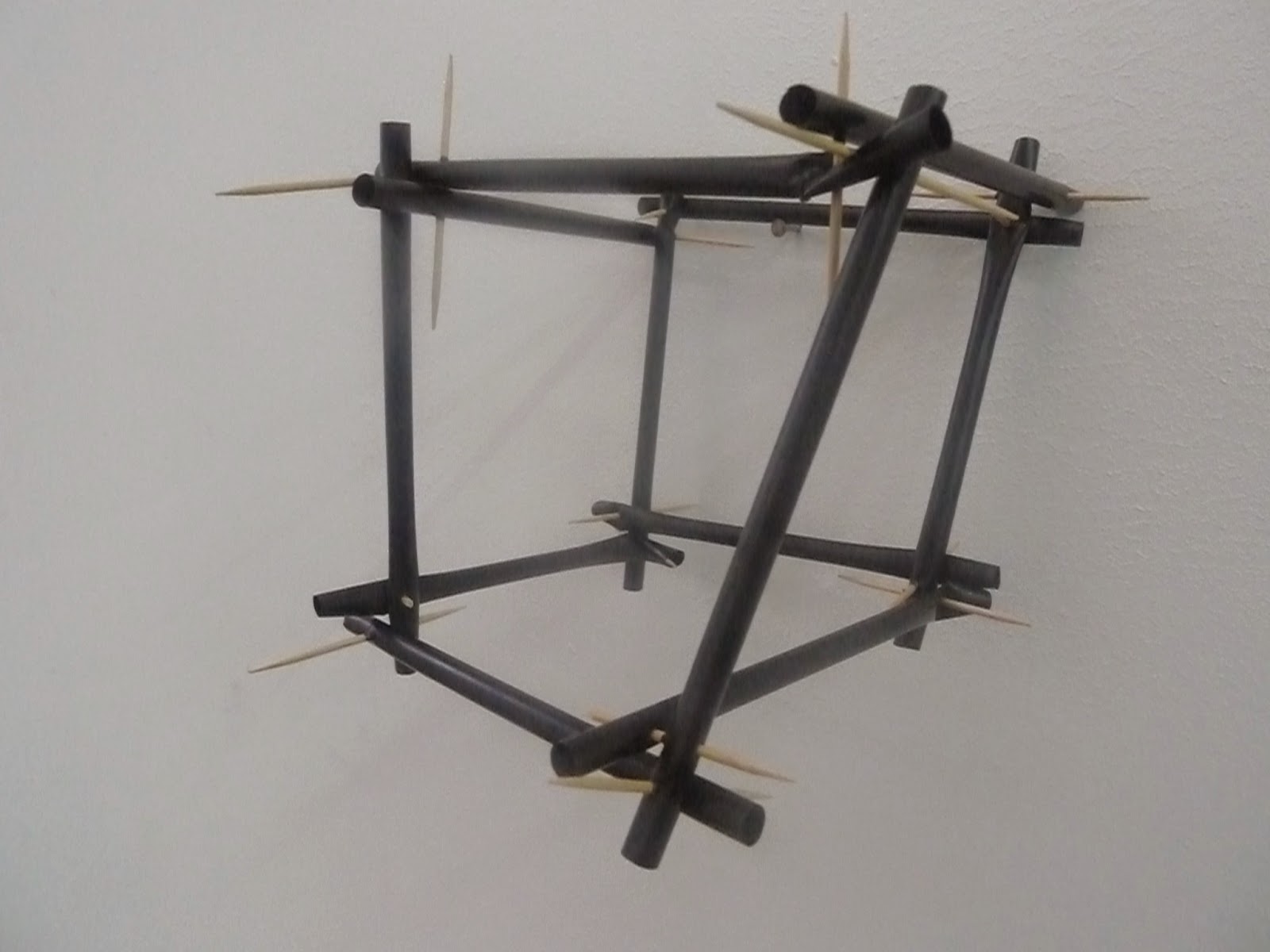 Image below: detail from a wall piece by Jeroen Frateur. 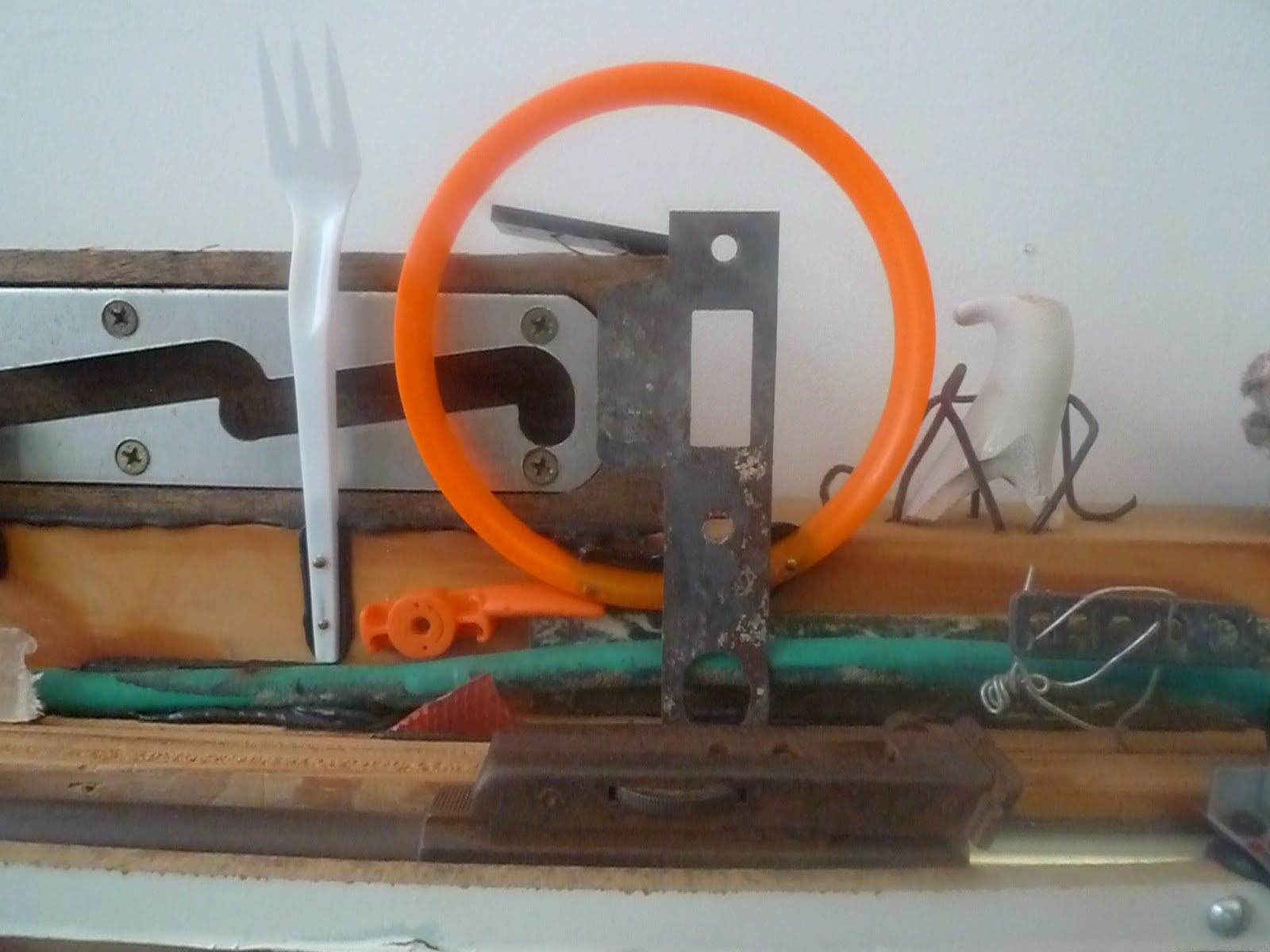 Image below: detail from the main piece. 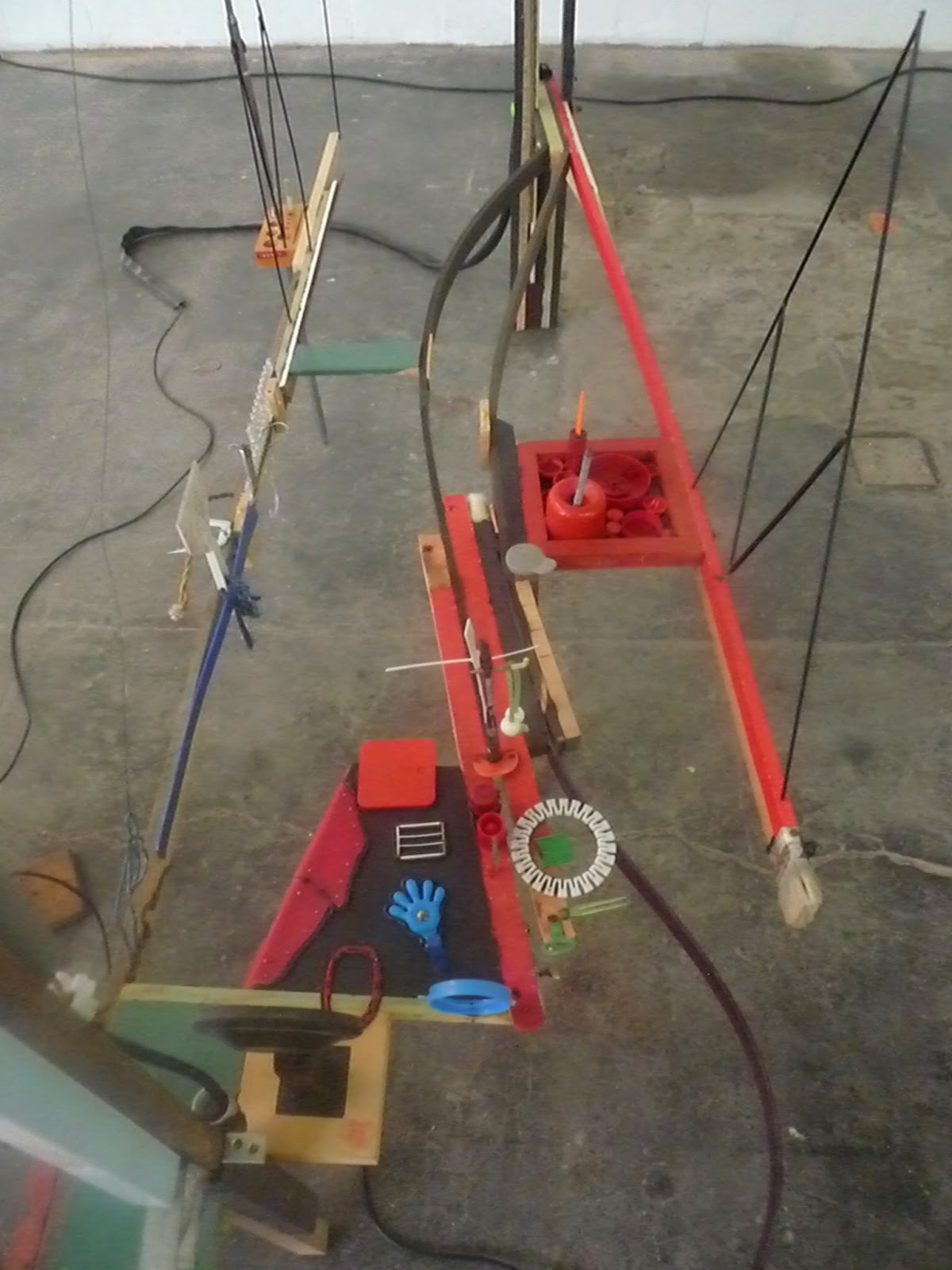 Below: two more objects, created in situ by Dimitris Ameladiotis. 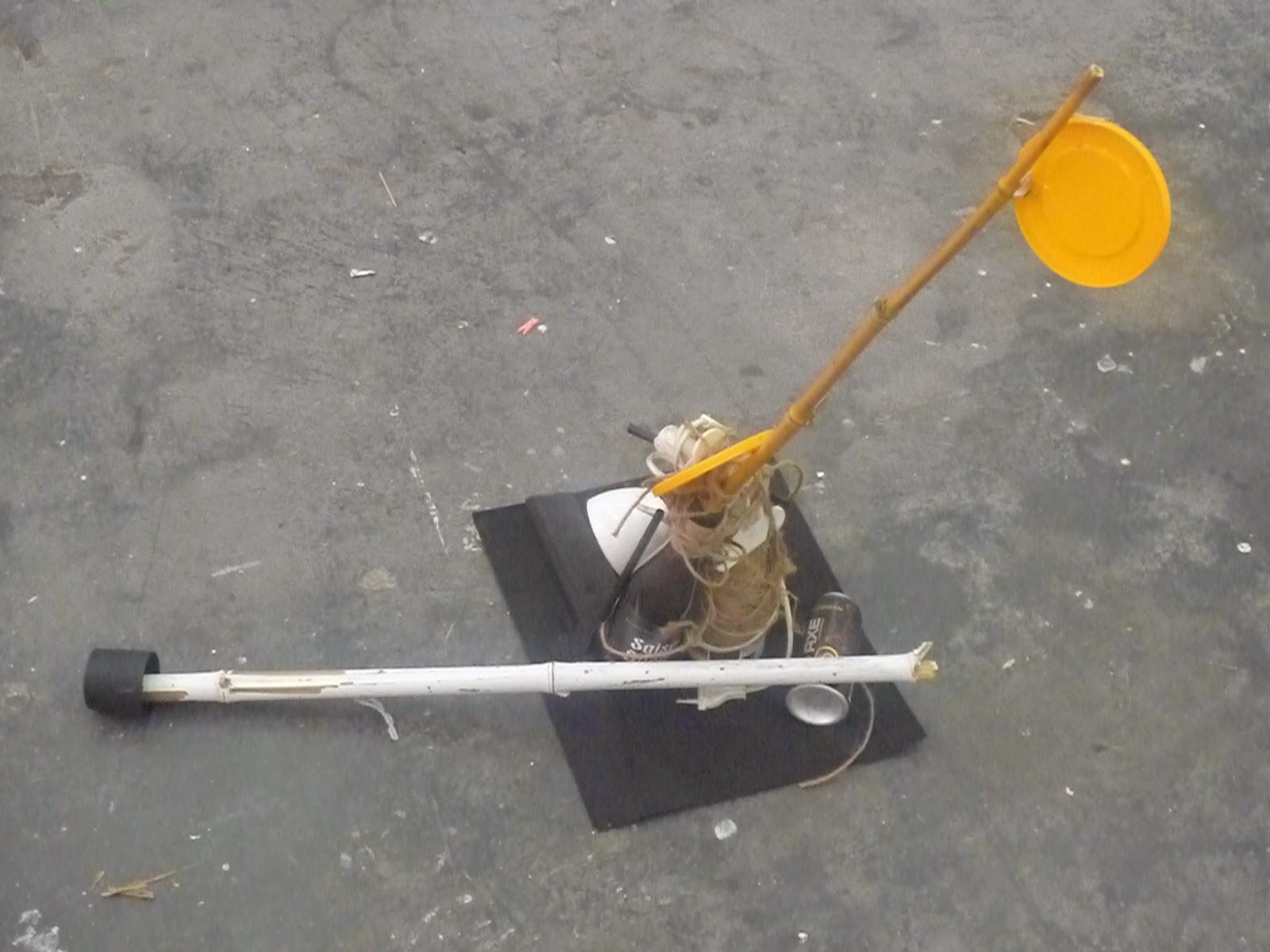 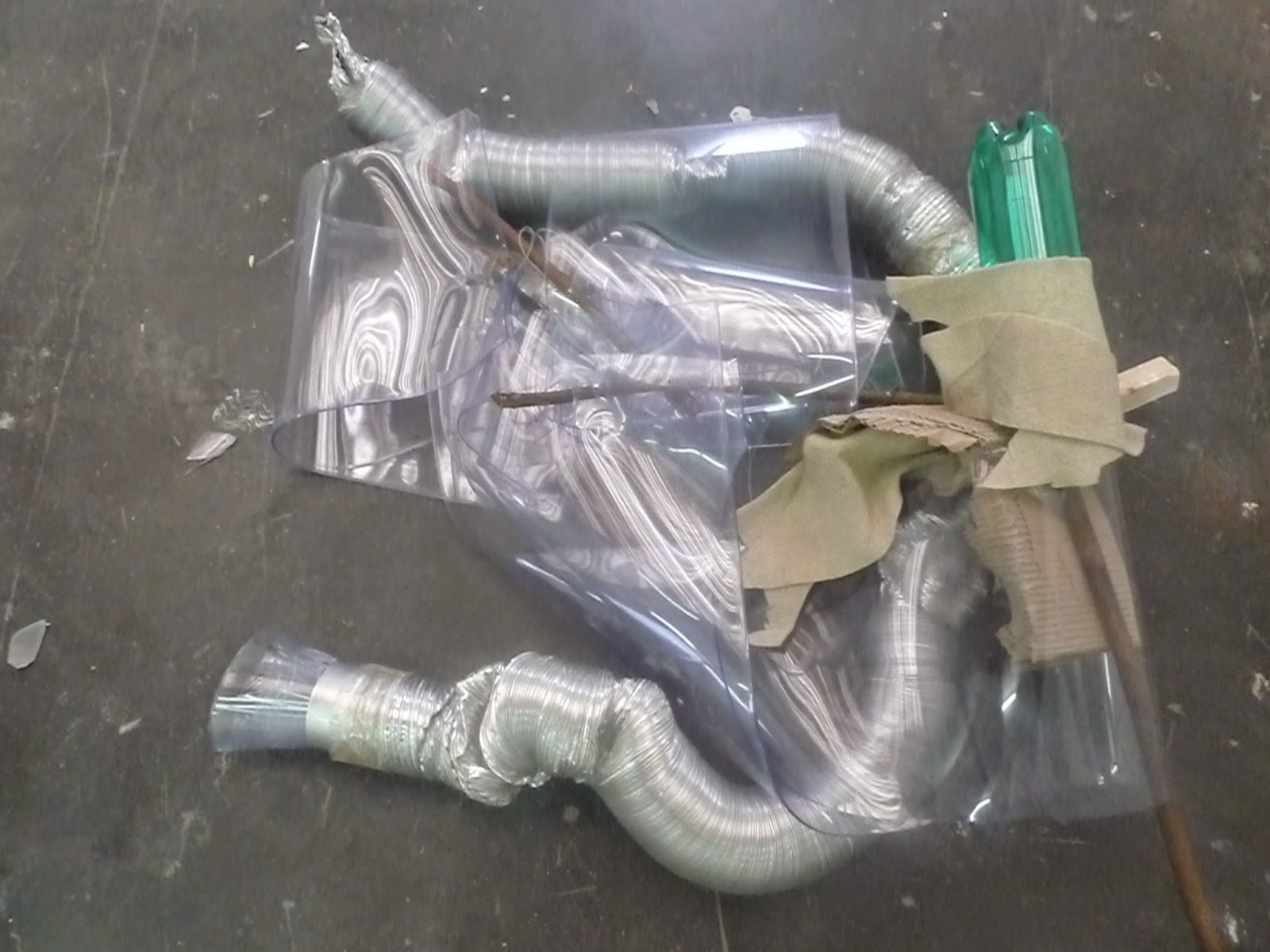